Baby's & Children's suppositories for immediate and natural relief of constipation 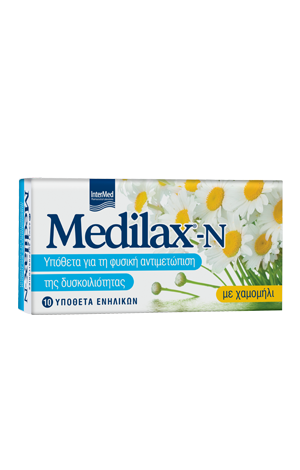 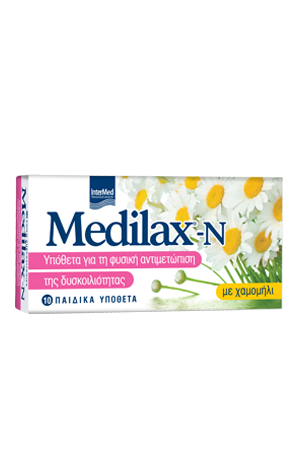 Medilax-N are suppositories specially formulated for the symptomatic treatment of constipation due to partial faecal encapsulation in a completely natural way. At the same time reduce symptoms of tenesmus and soothe irritation and burning sensation of the anus due to chamomile contained in their composition.

Packaging: 10 suppositories for rectal use

One or more suppositories may be used in each treatment.